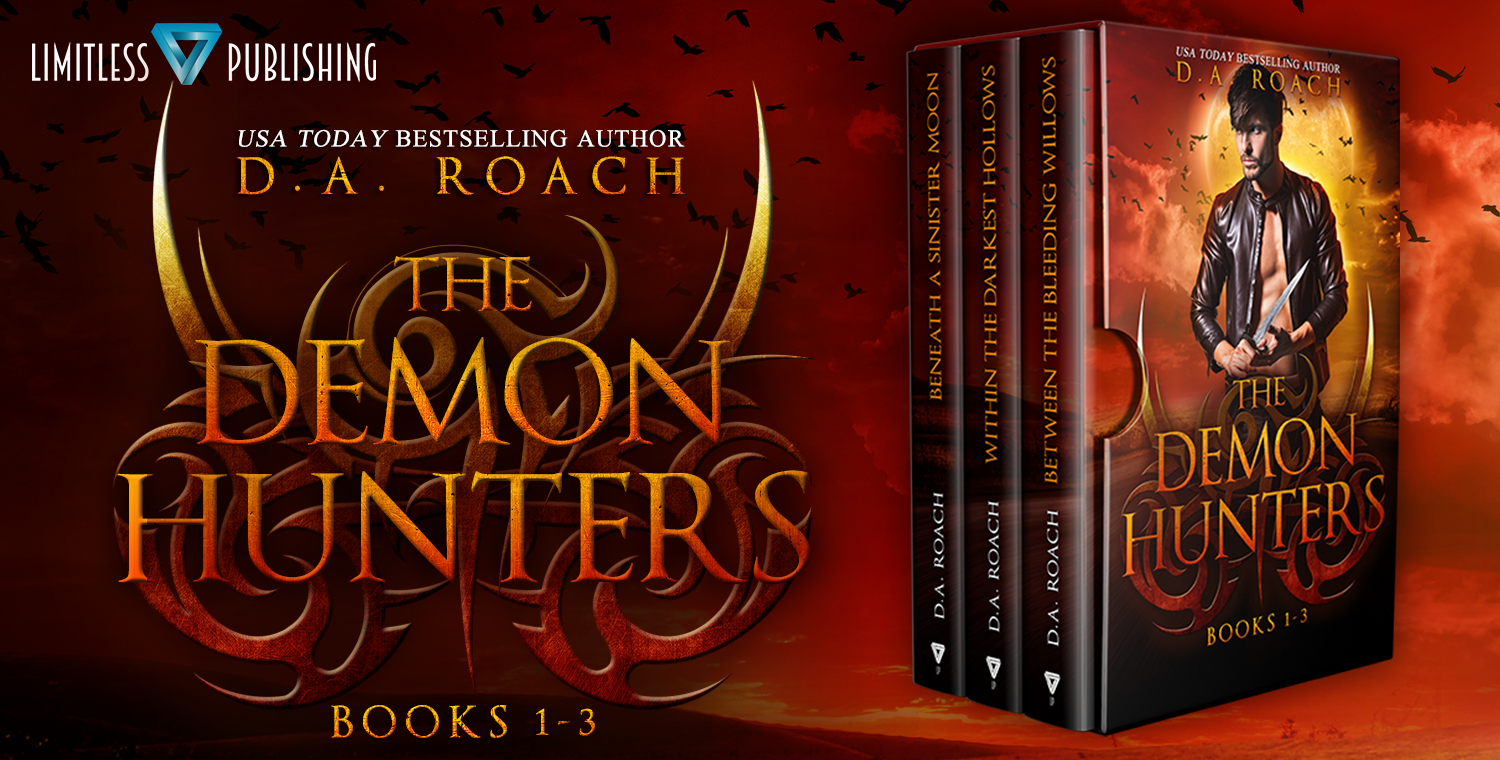 #99c #NEWRELEASE It all started with a ring. The search for an heirloom which led Cassidy straight to the gates of a world she never knew existed.

Now, as the gate between the Demon Realm and the Mortal world is no longer secure, war is inevitable. Cassidy is forced to fight the evil forces out to destroy her and the world she calls home, but she can’t do it alone.

There’s Killian, head of the Demon Hunters and Tyler, her friend with his own set of mystical powers. Now, Cassidy needs to decide who she can trust with her life…and her heart.

Battles are being fought, alliances are broken, and friendships are formed in this epic battle between good and evil. 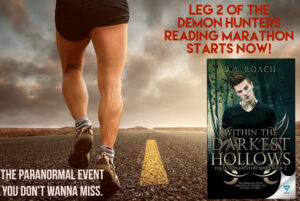 It’s time to join the next leg of out Demon Hunters Reading Marathon. We start book 2, Within the Darkest Hollows 11/15/18.  Grab book 2 here: http://a.co/2NaATFH

The first leg was a ton of fun and the next 2 will surely be epic! Nikki Jefford will kick off our paranormal author takeovers on 11/18/18! 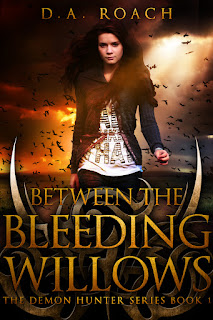 ******COVER REVEAL******
BETWEEN THE BLEEDING WILLOWS
the new YA Paranormal by D.A. Roach
coming March 8th!
At eighteen years old, Cassidy has suffered more loss than most…
At the end of her senior year, her boyfriend, Jace Peters, was killed in a car accident, and her grandmother died only weeks later of a heart attack. Emotionally lost, Cassidy desperately searches for an heirloom her boyfriend was wearing in the crash—her mother’s gold ring. But during her search, Cassidy discovers more than her ring.
She finds a gate to the Demon Realm….
A battle is brewing, and Killian—head of the Demon hunters—preps his Clan for the approaching conflict. They’ve been working to secure the gate between his realm and the mortal world. But it’s been nearly impossible since Rya—a voracious demon on a quest to expand her power—devoured the soul of his Clan’s necromancer. Now Rya is possessed with the necromancer’s powers and she may break through the gate at any moment with her demon army.
Apparently Rya isn’t the only one Killian has to worry about…
When Cassidy accidentally crosses into the Demon Realm, Killian can’t understand how a human girl survived the transition. Now he has to find a way to return her to her own world, or risk her being caught in the crossfire, which is a complication he definitely doesn’t need.
Once back in the Human Realm, Cassidy readies herself for battle. She signs up for Krav Maga classes, where she meets Tyler Romaitis—a handsome, tenacious, humble guy. He seems almost perfect, but nothing is ever that easy.
And as the balance between good and evil shifts, Cassidy finds herself—and her ring—at the heart of the conflict for the survival of mankind.
Tagline: When love takes the form of both hunter and demon, one girl is forced to choose…
ADD IT TO YOUR GOODREADS LIST:
https://www.goodreads.com/book/show/29059159-between-the-bleeding-willows
‪#‎coverreveal‬ ‪#‎daroach‬ ‪#‎betweenthebleedingwillows‬ ‪#‎yaparanormal‬