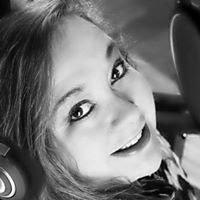 Teaser for Baked:
You can’t run from who you are.  After losing her prestigious New York Times job as an investigative reporter, Trina Sharp retreats to the small Lake Erie town of Mariner’s Bluff, taking a local reporting job covering stories like town meetings and the odd missing pet.
Newcomer Jacki Vickers opens a bakery, and to the dismay of local officials, she plans to sell gourmet Mary Jane muffins for medicinal purposes, of course.  She’s skirting the law, and locals worry this will taint the community’s image as a family-friendly vacation spot.
A young man is found shot dead in the middle of town, just a short distance from the bakery, and evidence of Jacki’s wares is found on the body, along with something else that threatens to put her away for a long, long time.  Like a hound on a blood trail, Trina’s passion for the mystery takes over as she hits the investigative trail. Clearly, Jacki is more than a business woman who landed in Mariner’s Bluff to open a bakery, but what? What is her connection to this young man, and what might she have done that may lock her away for life?  Is it Trina’s attraction to Jacki driving her need to solve the crime, her need to redeem herself, or a little of both? What if Jacki isn’t the innocent person Trina thinks she is? Would it matter?
Questions and Answers:

Baked is a novella, a mini-mystery centered on characters in the fictional town of Mariner’s Bluff on the banks of Lake Erie.  The main character, Trina Sharp, is a former investigative reporter disgraced by having lost her job with a major newspaper. Down on her luck, she retreated to Mariner’s Bluff and took a job at the local paper, a position well below the considerable talent she thinks she’s lost.  Newcomer Jacki Vickers opens a bakery. To the dismay of local officials, she plans to sell gourmet muffins with a special ingredient, marijuana, for medicinal purposes. She’s skirting the law, and locals are concerned the business could taint their image as a family-friendly vacation spot.  The timing is especially bad given the town’s first big fall festival featuring a huge bass fishing tournament that is garnering national attention. In spite of Jacki’s gutsy move, or perhaps because of it, Trina finds Jacki fascinating. Jacki rebuffs Trina’s interest, and keeps her at arm’s length.
A young man is found shot dead in the middle of town, just a short distance from the bakery, and evidence of Jacki’s wares is found on the body, along with something else that threatens to put her away for a long, long time.  Like a hound on a blood trail, Trina’s passion for the mystery takes over as she hits the investigative trail. Jacki needs her help more than she wants to admit, but she still pushes Trina away. Clearly, Jacki is more than a business woman who landed in Mariner’s Bluff to open a bakery, but what?  What is her connection to this young man, and what might she have done that may lock her away for life? Is it Trina’s attraction to Jacki driving her need to solve the crime, her need to redeem herself, or a little of both?

Yes, several.  I’m working on the sequel to Viral Dawn, which will be entitled Viral Storm.  The story picks up with heroine Casey Williams after she is infected by a zombie’s bite while trying to evade military detection in her effort to leave the country to expose the damning evidence she has against BioGenetics, the company that manufactured the deadly virus.  Kyle Carter, her new love interest and former soldier, refuses to leave her side even though she threatens to expose their location to the enemy if he doesn’t. Instead, he catches her off guard and gives her their first kiss, one that seals his fate to hers by infecting him as well.  The two are now off to procure a new vaccine in development that is rumored to stop the disease. Casey and Kyle, so smart and resourceful, are now racing against time where little is in their control. They’ve made a suicide pact should the virus affect them before they reach their only hope.
Will they make it safely to the research facility before the military or BioGenetics’ contracted guerillas find them?  Will they succumb to the virus before they can get help? IF they make it, can they obtain the vaccine before the developers find out who they are?  What about the friends they left behind? Can they make it to Canada and expose BioGenetics in time to take the heat off Casey and Kyle?

What was the inspiration behind Rarity???