Hello everyone! My name is Madelynn Wilde and I’m D.A. Roach’s PA! She was gracious enough to hand me the reigns today since my name starts with an M! I just wanted to use this time to tell you a little about myself since I will hopefully become an active contributor to this blog in the next month or so!

So my full name is Madelynn, but I also go by Madi, Maddie, Cat, or about anything else you’d like to call me. If I had my choice of any name in the world, I’d probably choose Anastasia with Ana for short, just because it’s so pretty and I rarely meet anyone with that name. What really bugs me is when I have a class where there are 5 other different “Maddie’s” and everyone gets confused because there are so many people with the same name. It was more of a problem for me in high school because the classes were smaller back then. Which brings me to my next topic!

I am just finishing up my freshman year of college at the University of Colorado-Denver! I came in with a ton of AP credits from high school (because who needs a life outside of academics??!) so I decided to commit myself to a triple major with one minor and graduate in the honors program. My three majors are currently psychology, sociology, and french, but whenever someone asks what I’m majoring in and I don’t feel like going into the reasons why I’m triple majoring, I usually just say psychology since that was my original one. However, I also LOVE french, and I’m very proud of myself for making it this far with a language! Est-ce que vous parlez français ou une autre langue? (Kudos for you if you understand what I just said! If not, put it into Google Translate, and it’s easy enough to get an answer!)

I live at home with my parents and my younger brother in Parker, CO. I did not want to pay for on-campus housing, so I was happy when my family decided they didn’t want to see me leave either! We have two cats, Tedsy and Kiki. Ted was our first cat, and boy is he lazy. His favorite pastimes are eating salmon and sleeping on a fuzzy blanket in the sun. He also enjoys going outside when he’s allowed to– one of my favorite things to do last summer was read in the hammock in our backyard with Ted! And yes, his original name was Teddy, but everyone calls him Tedsy now. Not sure when or why we made that change, but it’s how it is now! Here’s a picture! 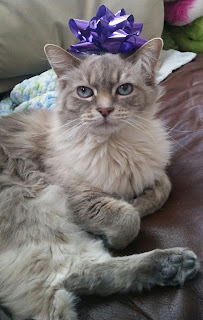 Kiki also goes by Kik, Kia, Ki, and every other word that starts with a K and an I. She’s very feisty and is notorious for biting people. However, she can also be sweet when she really wants to. She just jumped up on my lap while I was typing this. I think she’s mad because she thinks the chair I’m using is hers. She also loves playing with her laser shark. That’s a shark that shoots a red laser dot out of its mouth. My dad brought it home from work one day and it’s been hers ever since. Here’s another picture for you since I love animal photos! 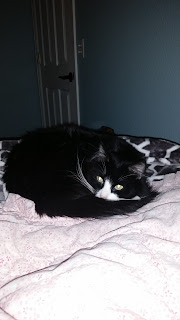 Before I end my post for today, I’d like to mention that my picture for my Google account is not up to date. I’m not sure if you’re able to see it, but my hair is not black anymore. I decided it was too expensive and difficult to keep it dyed so I went back to my natural color which is a sort of dirty blonde. It’s not the prettiest, but at least I don’t have to go back to the hair salon. I hate the mirrors in those places. I think they make everyone look bad. Anyways, feel free to leave me questions or comments! I will be back later to answer them all! I will leave you all with one of my favorite memes! I don’t know why I love this one so much, but it always makes me crack up! 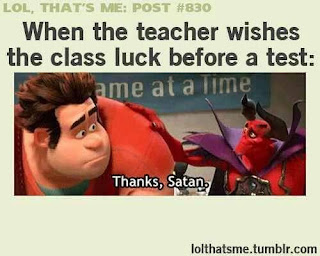