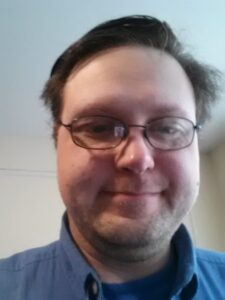 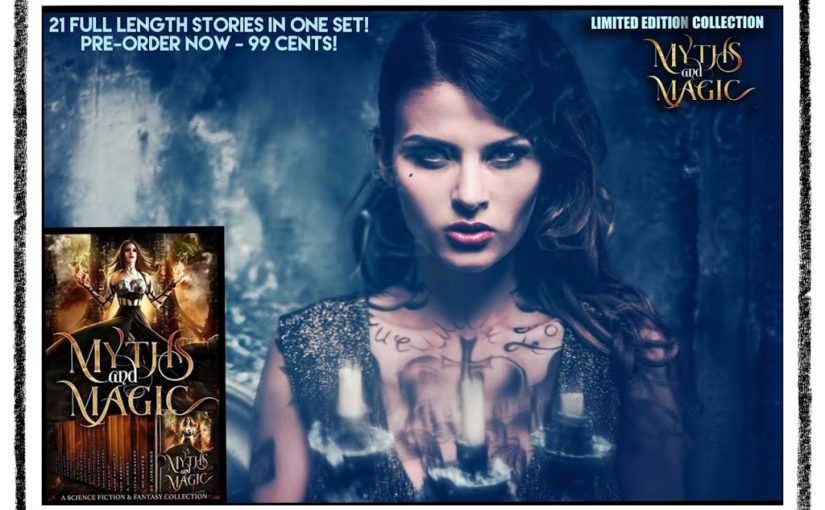 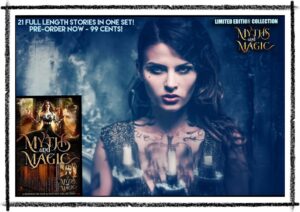 TONS of giveaways with this boxset…head here to enter them:
http://www.annerenwick.com/so-many-giveaways/
Also, join us on Release Day, 8/22 for our facebook party! More fun and prizes to be won!
https://www.facebook.com/events/666023130254826/ 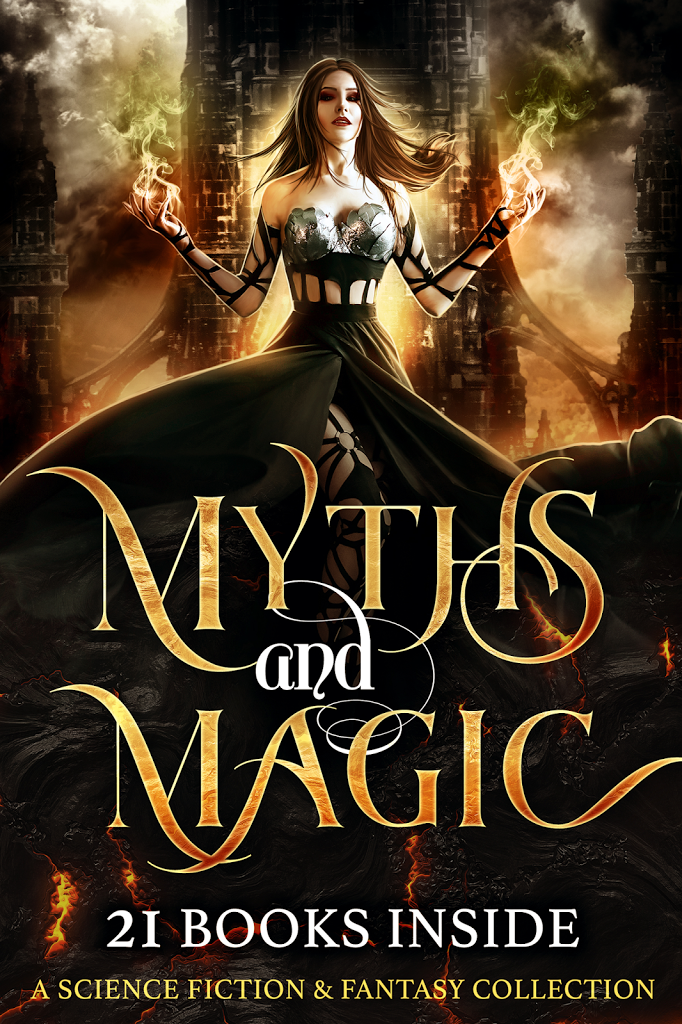 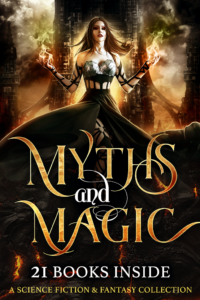 ♥¸.•*´
PRE-ORDER NOW AVAILABLE FOR $0.99!!!
Myths & Magic: A Science Fiction and Fantasy Collection
MYTHS & MAGIC sends you on a wild ride across universes where a safe return cannot be guaranteed.
Abolished magic returns to Earth. The Minotaur and Achilles clash. Telekinetic sorcerers, witches, and fairies discover their powers. Humans become cyborgs. Dragons prowl the depths of Iceland’s volcanoes.
All this and more is packed inside one boxed set overflowing with stories from today’s hottest USA Today and International Bestselling authors!
From dystopian thrillers to steampunk romance, from gothic fantasies to paranormal adventures, come journey with unlikely heroes, valiant shifters, rogue vampires, and even a sensual brujo. Dabble in scientific espionage, thwart scheming sorcerers, and challenge hordes of vengeful demons. And maybe fall in love…
If you’re ready for 21 exclusive full-length novels and novellas, including some BRAND NEW material, in a boxed set where vampires, shifters, ghosts, demons, and even Djinn haunt the pages, then fall into MYTHS & MAGIC, a collection of science fiction, fantasy, and a dash of paranormal romance that will take you to the edge of your imagination.
Pick Up Your Copy Today for $0.99
Amazon: https://www.amazon.com/dp/B072LPDFQK/
BN: http://www.barnesandnoble.com/w/myths-magic-kerr…/1126420536
iBooks: https://itunes.apple.com/us/book/id1237695493
Kobo: https://www.kobo.com/us/en/ebook/myths-magic-1
Google: https://play.google.com/…/detai…/Kerry_Adrienne_Myths_Magic…
Check out the #mustread boxset by award winning and bestselling authors!! Including stories from… 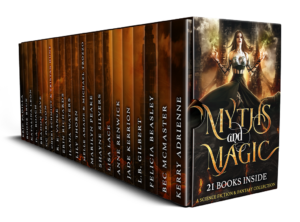 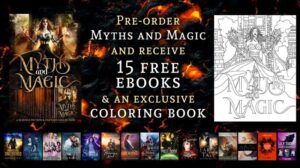 The Myths and Magic authors decided we’d like to offer FREE gifts to everyone who pre-orders our boxed set. These gifts include 15 free eBooks and a coloring book that contains pages based on our novels. Here’s how you can claim these free gifts:
Head to http://www.subscribepage.com/mythsmagic to get your copy pre-ordered and collect your pre-order gifts! An amazing deal…$0.99 pre-order gets you the 21 full-length paranormal tales in the boxset, PLUS 15 free ebook novels AND a Myths and Magic Virtual Coloring Book.
How this works: after pre-ordering your copy of Myths and Magic, click onhttp://www.subscribepage.com/mythsmagic, enter your e-mail address and your confirmation number (or the store name and date, since some vendors don’t actually have confirmation numbers). You’ll be sent to a “success” page that shows you all the book covers with links to the download sites and then you’ll receive a one time courtesy e-mail with the download links as well.
#Paranormal #PNR #SciFi #99Cents #PreOrder #MythsAndMagic