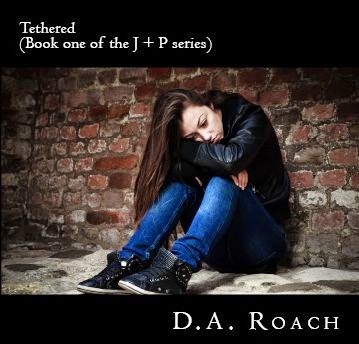 http://amzn.com/B00CSUXBOW
*****
The plan was to congregate in Lauren and Mags room at 8PM with sleepover items.  There were nine of us crammed in the room and we all staked out a spot.  This was a completely innocent sleepover, no alcohol, no kissing, just a bunch of friends hanging out and seeing if we could get away with having a co-ed nine person sleepover.
We watched The Princess Bride; half of us had seen it and half had not.  I excused myself at one point in the movie to call my parents.  They expected me to call and would be worried if I didn’t.
“Hi honey, how has your weekend been?” my mom asked.
“Busy.  Jen tried to set me up on a blind date and it failed.  Then Lauren’s boyfriend got jealous and hit her so we told him their relationship was over.”  I didn’t dare tell her about the sober patrol and my drunken night.
“What part of that includes you studying?  Hmm?  If you do not score well, I will know it’s due to all these people preoccupying your attention.  Follow my advice, avoid these so called friends.  They are trying to keep you from doing well.”  I could feel the blood trickle as I absentmindedly rubbed the scab from my last cutting.
“Mom, I spend so much more time than anyone on my floor studying.  I know you can’t see it, but I am working really hard here.”
“Like hell you are.  We will see when those grades come back.” she snarled.  And the tears fell from my eyes.  I felt so frustrated even though I know this was her way of encouraging me, but it came across so negative and bleak.  I felt like I should just give up now because I could never be good enough for her.
“I know you don’t believe me, but I am trying.  Listen, I need to go.  Bye.” and I hung up before I said something I regretted.  I curled into a ball on my floor and cried.  I don’t know how long I stayed like that, trapped in my hopelessness.  I took some deep breaths and tried to straighten myself out and decided that I needed to not stay for the sleepover.  I would go back, eat with them, watch the movie and excuse myself.  Surely with eight other people they would not miss me.  When I felt calm enough to head back to Mags and Lauren’s I snuck in to not disrupt the movie watchers.
Unfortunately, someone had taken my spot.  Jared moved over and made a space next to him.  At this point, I was still thinking about the drama on the phone and could care less who I sat by.  “Hey, thanks” I managed as I squeezed in next to him.  I was trying to not look at him sin
ce he was probably still upset with me. “Hey” he replied, he looked up at me and his face turned serious when he saw my vacant expression.  I had hoped the dark room and movie would be distracting enough to hide the fact that I had been crying, but he apparently noticed that too.
“You OK?” he whispered.  Thankfully he was tactful and did not announce at full volume that something was wrong with me.  I nodded and fixed my eyes on the TV.  My relationship with my mom was too complex to try to explain.  Besides, what if I was the one at fault in that conversation?  I wouldn’t want Jared to think less of me.  I couldn’t look at him, I was afraid if I did, I would start crying again. I laid down on the pillow I had brought and cuddled around it for security.  I stared at the TV, not even aware of what was on the screen.  My mind was cycling with negative thoughts “you failed”, “you didn’t try hard enough”, “you don’t deserve this”, “I don’t care if you got a perfect score – I saw every mistake you made”, “you should be like Susan – she’s so much prettier than you”, and “when you fail, we’re pulling you out of there and sending you to a cheaper school so you can stop wasting our money with your lack of effort.” I was trying to not let the tears begin again and focused on my breathing. It was a simple task that I needed to concentrate on, in and out.  I was so focused that I hardly noticed the warm arm snaking under my own and coiling around my waist.  I felt the rhythmic movements of his chest with each breath and I tried to match my breathing with his.  This helped.  He snuggled just a little closer with his chin resting near the top of my head.  I let him do this.  I needed to feel physical contact when inside I was so beaten to a pulp emotionally.  It’s funny how my mind was still processing the conversation I had with my mom and preventing me from fully appreciating this experience.  What I did appreciate was his warmth, his gentle gesture, his arms that made me feel safe, and his scent.  He smelled nice, like spices and musk.  He held me till the movie ended and didn’t uncoil from me till someone turned the lights on.  The absence of his touch stirred me and brought me out of my head and into the present.  I sat up and we shared a silent gaze.  His eyes showed concern for me and I was hoping mine showed more gratitude than sorrow.
*****
Both are #free for #kindle #download 2/14-2/15 2015!!
Please leave reviews on amazon or Goodreads!

Interview with Karen Vaughan of the Midnight Oil Anthology