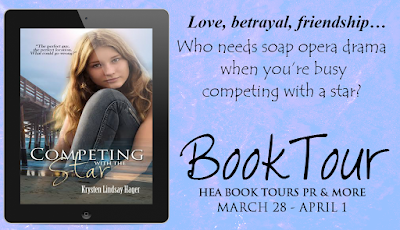 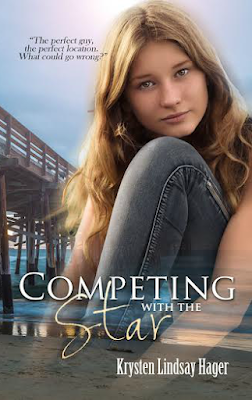 COMPETING WITH THE STAR
by Krysten Lindsay Hager
Genre: Young Adult
Release Date: March 22, 2016
Publisher: Limitless Publishing
– SYNOPSIS –
Hadley Daniels’s life seems perfect…
Before the beginning of sophomore year of high school, Hadley and her family move to a beautiful beach town, where she makes amazing new friends and lands the boyfriend of her dreams—Nick Jenkins. He’s the kind of guy every girl swoons over, and it isn’t long until Hadley discovers some are still swooning.
A famous ex-girlfriend makes matters more complicated…
After some time dating, Hadley and Nick form a deep bond. But insecurity sets in when Hadley discovers her boyfriend once had a huge crush on her friend—who just happens to be the beautiful former teen TV star, Simone Hendrickson.
The past is the past—or so they say…
Hadley confronts Nick, who confesses about his history with Simone. Though he claims to only have eyes for Hadley now, it’s hard to believe—especially when she’s blindsided with the news that Nick and Simone kissed after school.
Now Hadley must determine who is telling the truth. Love, betrayal, friendship…who needs soap opera drama when you’re busy competing with a star? 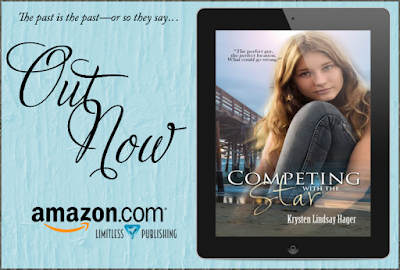 – NEXT DOOR TO A STAR, Book 1 –
AMAZON US | AMAZON PAPERBACK 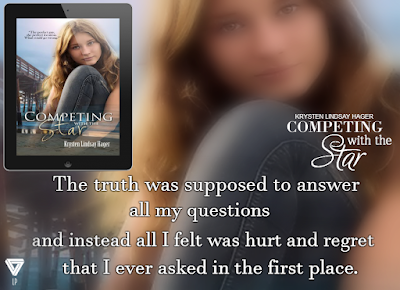 Two days passed and Nick hadn’t called again. I couldn’t blame him. After all, I had pushed for him to be honest and then had bailed on him. I’m sure he was mad at me for telling him he could tell me the truth and then I punished him for it—and he would be right. I couldn’t handle the icky feelings, and instead of being a big girl and dealing with them, I came home from school and retreated into the world of books. A world where people were kidnapped, jewels were stolen, but nobody’s heart ever got broken because in my favorite series, The Raven Chronicles, Raven’s boyfriend, Fernando, was ever faithful and loyal and would never even look at another girl. He was the perfect book boyfriend. In other words, he was fictional and didn’t exist.

I saw I had a text from Simone. Oh great, maybe she was asking for my blessing to go out with Nick, or if I was still planning to go to Watson High School next year so she could make out with him in a different hallway from my locker.

Simone: Are you mad at me? Nick said you’re upset because you found out he used to like me.

Oh fabulous. He told her the whole gross story. Well, of course he did, seeing as how he was always over with her clique and he could tell the love of his life anything. 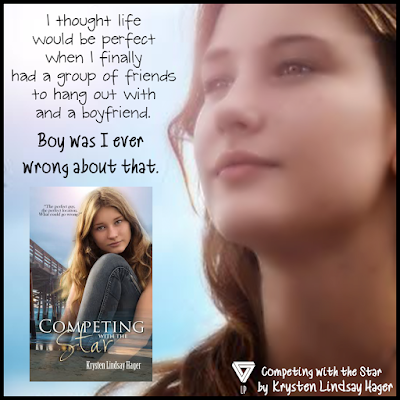 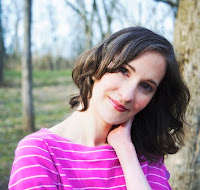 Krysten Lindsay Hager is an obsessive reader and has never met a bookstore she didn’t like. She’s worked as a journalist and humor essayist, and writes for teens, tweens, and adults. She is the author of the Landry’s True Colors Series and her work has been featured in USA Today and named as Amazon’s #1 Hot New Releases in Teen & Young Adult Values and Virtues Fiction and Amazon’s #1 Hot New Releases in Children’s Books on Values. She’s originally from Michigan and has lived in South Dakota, Portugal, and southwestern Ohio. She received her master’s degree from the University of Michigan-Flint.
LIMITLESS PUBLISHING | WEBSITE | GOODREADS | TWITTER | FACEBOOK | GOOGLE +